Saudi Aramco is a fully-integrated, global energy and chemicals enterprise and a world leader in exploration and production, refining and distribution, and the world’s top exporter of crude oil and natural gas liquids. The company manages reserves of 332.9 billion barrels of oil equivalent. In 2017, Saudi Aramco produced over 3.7 billion barrels of crude oil, and about 12.4 million standard cubic feet per day of natural gas. And to move these valuable resources, Saudi Aramco has over 20,000 km (>12,000 mile) pipeline network. This is about the distance of a roundtrip flight from London to Tokyo.

And in 2017, the company exported around 2.5 billion barrels of oil. Of that, 68.5% went to Asia, 14.1% went to the United States, while 11.1% went to Europe and countries in the Mediterranean region. In addition, some of the company’s crude oil production is sent to domestic refineries to produce a variety of products for local consumption.

Saudi Aramco also owns and operates three refineries in the Kingdom of Saudi Arabia, to supply gasoline, diesel and other products to local customers and consumers, with a refining capacity of 0.9 million barrels per day. In addition, Saudi Aramco has a 50% stake in two joint venture refineries (SAMREF and SASREF), a 62.5% stake in SATORP and YASREF, and 37.5% equity ownership in Petro Rabigh. Together they provide Saudi Aramco with a refining capacity of over 1.9 million barrels per day.

Headquartered in Dhahran, Saudi Arabia, Saudi Aramco’s operations in the Kingdom include refining, petrochemicals and distributing oil products to meet domestic daily energy demands. The company employs over 70,000. Through its affiliates, Saudi Aramco also has joint ventures and subsidiary offices in China, Egypt, Japan, India, the Netherlands, the Republic of Korea, Singapore, the United Arab Emirates, the United Kingdom, and the United States.

By 2020, Saudi Aramco’s goal is to be the world’s leading energy and chemicals company, focused on maximising its income, facilitating the sustainable and diversified expansion of the Kingdom’s economy, and enabling a globally competitive and vibrant Saudi energy sector.

TAQA is a leading provider of superior end-to-end oilfield solutions for the region's dynamic energy industry; delivering quality products and equipment across the entire upstream value chain in Saudi Arabia and throughout the region. TAQA delivers top-level oilfield services and equipment that are designed to elevate performance and support sustainability and progress in the countries in which it operates. TAQA’s turnkey oil field solutions include geophysical data acquisition, contract drilling, and the operation of industrial gas production facilities and pipeline networks. The company also carries out cementing services, coiled tubing and fracturing services and manufactures high quality casing and seamless pipes and specialised industrial oil field equipment. The company is a catalyst for economic growth and diversification, expanding Saudi Arabia’s industrial base and local manufacturing capabilities, creating jobs, and facilitating the growth and development of a pool of local talent in the OFSE sector. In today’s changing global energy landscape, TAQA underscores its commitment to ensuring sustainability and ethical growth in the energy space. The company invests heavily in research and development, keeping pace with the latest industry developments whilst further building on its integrated suite of capabilities to deliver solutions that help our clients, the energy industry and the communities in which we operate, thrive today and in the future. 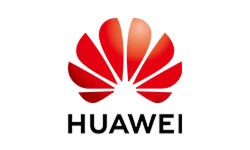 Founded in 1987, Huawei is a leading global provider of information and communications technology (ICT) infrastructure and smart devices. We are committed to bringing digital to every person, home and organisation for a fully connected, intelligent world. We have nearly 188,000 employees, and we operate in more than 170 countries and regions, serving more than three billion people around the world.

Huawei’s end-to-end portfolio of products, solutions and services are both competitive and secure. Through open collaboration with ecosystem partners, we create lasting value for our customers, working to empower people, enrich home life, and inspire innovation in organisations of all shapes and sizes. At Huawei, innovation focuses on customer needs. We invest heavily in basic research, concentrating on technological breakthroughs that drive the world forward.

ADNOC is a major diversified group of energy and petrochemical companies, that produces about 3 million barrels of oil and 9.8 billion cubic feet of raw gas a day. Our upstream, downstream, and gas activities are carried out by 14 specialist subsidiary and joint venture companies, with interests that range from exploration, production, storage, refining and distribution, to the development of a wide-range of petrochemical products.

For over 45 years, we have played an integral role in Abu Dhabi’s economic development, managing, producing, and preserving the Emirate’s hydrocarbon reserves on behalf of the Abu Dhabi Government. We are the principle catalyst of growth in the Emirate, and our work has had a positive and lasting impact on the quality of millions of lives. Since 1971, we have created thousands of jobs, driven the growth of a diverse knowledge-based economy, and played a key role in Abu Dhabi’s global emergence.

New financing opportunities are ensuring ADNOC will continue to compete and lead in the changing energy market. The careful and prudent choice of alternative sources of financing will enable us to explore an expanded range of compelling growth opportunities, while at the same time being smarter with the deployment of capital.

Baker Hughes is an energy technology company that provides solutions for energy and industrial customers worldwide.

With operations in over 120 countries and more than 67,000 employees, we design, manufacture and deliver leading technology solutions for our customers. Powered by the industry’s only fullstream technology portfolio, and enabled by our people and scale, we drive productivity and improve outcomes for ourselves and our customers.

From the first rotary drill bit to the world’s most extensive portfolio of compressors and gas turbines, and from digital solutions that predict outcomes to modular deepwater technology, for more than a century our inventions have been revolutionising the industry.

We are reducing the carbon intensity of our operations, applying proven low-carbon technology to help our customers meet their environmental goals, and innovating for the future of energy.

At Baker Hughes, we are taking energy forward – making it safer, cleaner and more efficient for people and the planet.

Access to energy underpins human comfort, mobility, economic prosperity, and social progress. It touches nearly every aspect of modern life. Over the course of its long history, ExxonMobil has evolved from a regional marketer of kerosene to an advanced energy and chemical innovator, and one of the largest publicly traded companies in the world. An industry leader in almost every aspect of the energy and chemical manufacturing businesses, we operate facilities or market products in most of the world’s countries, explore for oil and natural gas on six continents, and research and develop next-generation technologies to help meet the dual challenge of fueling global economies while addressing the risks of climate change. 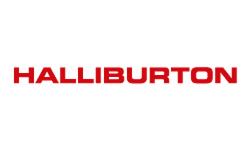 Founded in 1919, Halliburton celebrates its 100 years of service as one of the world's largest providers of products and services to the energy industry. With 60,000 employees, representing 140 nationalities in more than 80 countries, the company helps its customers maximise value throughout the lifecycle of the reservoir—from locating hydrocarbons and managing geological data, to drilling and formation evaluation, well construction and completion, and optimising production throughout the life of the asset. 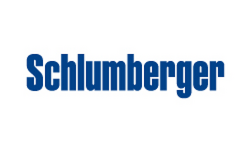 Schlumberger is the world’s leading provider of technology for reservoir characterisation, drilling, production, and processing to the oil and gas industry. Working in more than 120 countries and employing approximately 105,000 people, representing over 140 nationalities,
Schlumberger supplies the industry’s most comprehensive range of products and services, from exploration through production, and integrated pore-to-pipeline solutions for hydrocarbon recovery that optimise reservoir performance. Schlumberger Limited has principal offices in Paris, Houston, London, and the Hague. Schlumberger stock is listed on the New York Stock Exchange, ticker symbol SLB, on the Euronext Paris, Euronext Amsterdam, London, and the SIX Swiss stock exchanges.

Schlumberger operates in two hemispheres: eastern and western, managing its business through four segments: reservoir characterisation, drilling, production, and Cameron. Each segment consists of several technology-based product and service lines, or technologies. These technologies cover the entire life cycle of the reservoir and correspond to several markets in which Schlumberger holds leading positions. The role of the segments and technologies is to support Schlumberger in providing the best possible service to customers and to ensure that Schlumberger remains at the forefront of technology development and services integration. Schlumberger has four research centres located in Boston, Cambridge, Saudi Arabia, and Moscow. 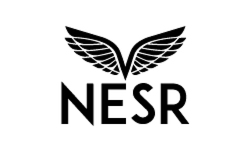 National Energy Services Reunited Corp. (NESR) is one of the largest national oilfield services providers in the MENA and Asia Pacific regions and the first oilfield services company from the MENA region to list on the prestigious NASDAQ stock exchange in the United States. With over 3,200 employees, representing more than 40 nationalities in over 14 countries, the company helps its customers unlock the full potential of their reservoirs by providing production services such as cementing, coiled tubing, filtration, completions, stimulation and fracturing, and nitrogen services. The company also helps its customers to access the reservoirs in a smarter and faster manner by providing drilling and evaluation services like drilling downhole tools, directional drilling fishing tools, testing services, wireline, slickline, fluids and rig services.

With its history and roots in the region, NESR has cultivated strong partnerships with our customers, key suppliers and technology partners in the MENA region. NESR also has created an open platform for innovative technologies to come to the region by leveraging our MENA footprint as well as our North American presence, which will be beneficial to our esteemed customers and the oil and gas industry in the region. Our goals are to create local employment opportunities, significantly expand local manufacturing and be recognised as one of the best service providers in the region.

ARO Drilling is a world-class offshore drilling contractor that owns, operates, and manages a fleet of high-specification and premium jack-up rigs in Kingdom of Saudi Arabia.

Saudi Aramco and Valaris Company have worked together continuously in the Saudi Arabian market since 2006, and this strengthened partnership will ensure increased collaboration between the partners, increased efficiency of drilling operations, improved localisation of the drilling industry in Saudi Arabia, and best-in-class drilling performance.

The offshore drilling market in Saudi Arabia is expected to expand, creating considerable demand for drilling services. We are committed to purchasing up to 20 newbuild jack-up rigs over 10 years, taking delivery of the first rig as early as 2021, in order to meet Saudi Aramco’s offshore drilling requirements in the Kingdom.

Sinopec Oilfield Service Corporation (SINOPEC Service) is a fully
owned company under Sinopec Group. We are the largest integrated
petroleum engineering and technology service provider in China, and
the first company providing offshore oil and gas exploration in China.
With more than 50 years experiences, we are one of the leading
companies of China’s integrated oil and gas service industry.
SINOPEC Service has 5 major business sectors, which are geophysics,
drilling, logging, downhole operation, and petroleum engineering
and construction. Our business scope covers the full industry chain,
ranging from exploration, drilling, well completion, petroleum production, oil and gas gathering and transmission to well abandonment.